One way to enhance your hipster cred is to feign interest in the high arts, so what better way than occasionally listening to classical music? Classical music on vinyl at that…

Much of my LP collection started out as stuff my parents previously owned. Nearly all of the classic punk and new wave I own once belonged to my dad, but I also claimed the classical music he got via mail-order back in the early eighties. These were from the Time-Life Great Men of Music series, which consisted of 4 records each from all the major classical composers. Each set had the composer’s most famous works (e.g. Symphony No.5 for Beethoven, Rondo alla Turca for Mozart) but also had some of their lesser known pieces. The full series pretty much covered everyone from the Baroque to the early Modern period (Bach to Copland), but my dad only had 8 of the 30 box set.

The records come in sturdy, attractive boxes with anti-scratch sleeves and a booklet containing the history of the composer and notes on each included recording. Many of the recordings are sourced from the well-regarded RCA Living Stereo series. Internet research later backed me up, but I had originally suspected this when I first played the Living Stereo SACD of Van Cliburn performing Beethovens Emperor Concerto

and found it…somehow familiar. Sure enough, they are the exact same recording.

The overall sound quality of the records is pleasant and mellow; as I write this I am listening to Bach’s Brandenburg Concerto #2, which flows smoothly from the speakers while demonstrating a well defined soundstage (that is, every instrument has a discernible “place of origin” emitting from the speakers that mostly corresponds to how an actual chamber orchestra is set up). Mozart’s piano works are crisp and believable , if not a tad bright, while Beethoven’s Fifth is immersive and effective. The recordings aren’t always perfect though, some of the tracks, like Bach’s Well-Tempered Clavier, aren’t true stereo but are “electronically reprocessed” , which I personally don’t like but YMMV. Some of the speedy glissandos in Chopin’s Etudes kind of smear together, but I suspect this is a weakness of my system rather than the recording.

These boxsets are a great way to start a classical collection, and they seem like the kind of thing you could score from a yard sale, thrift store, or Craigslist. Amazon has just the Beethoven set

starting at 22 bucks, but if you’re more of a completist then eBay has most of them, unfortunately sold separately.

Sound: A- to C+, depending on each recording. 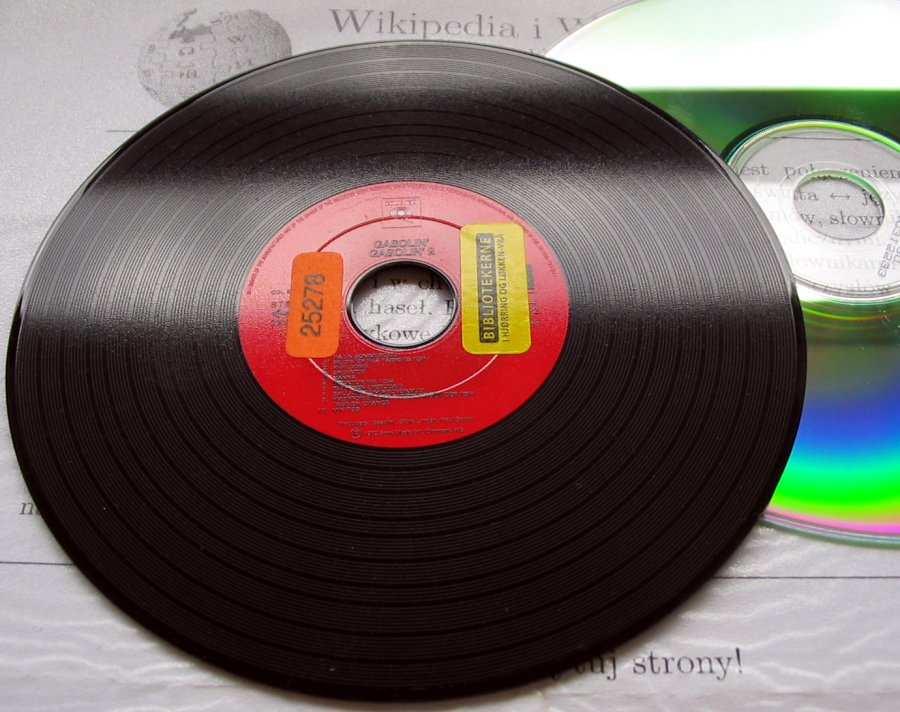 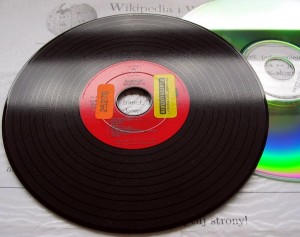 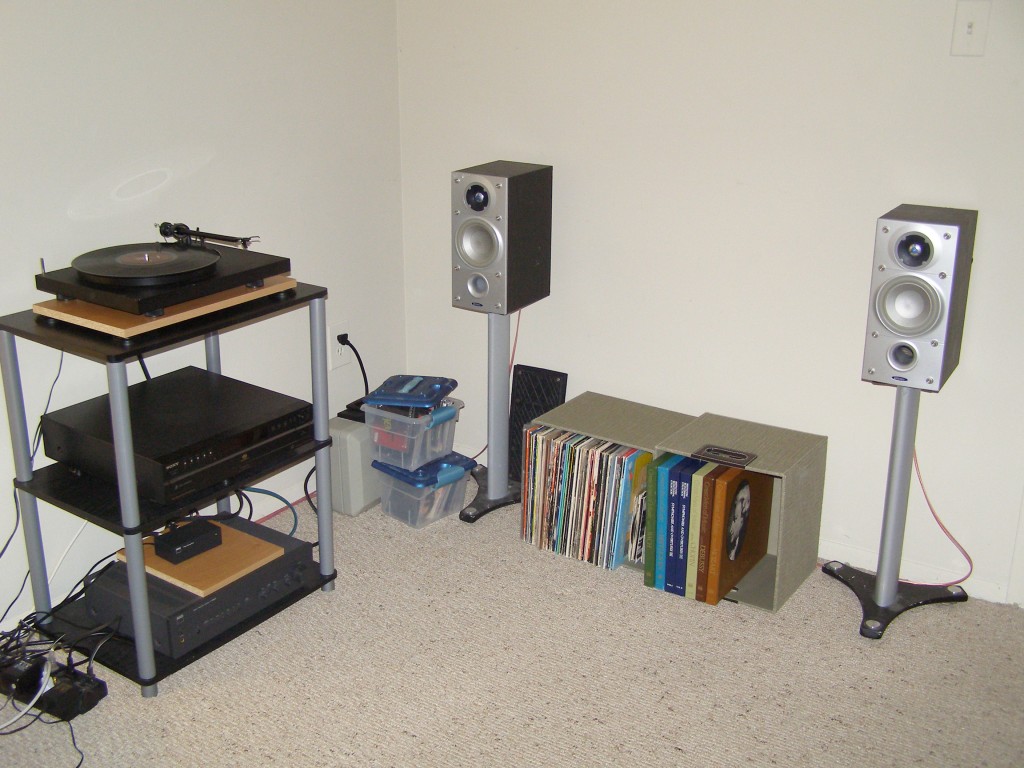 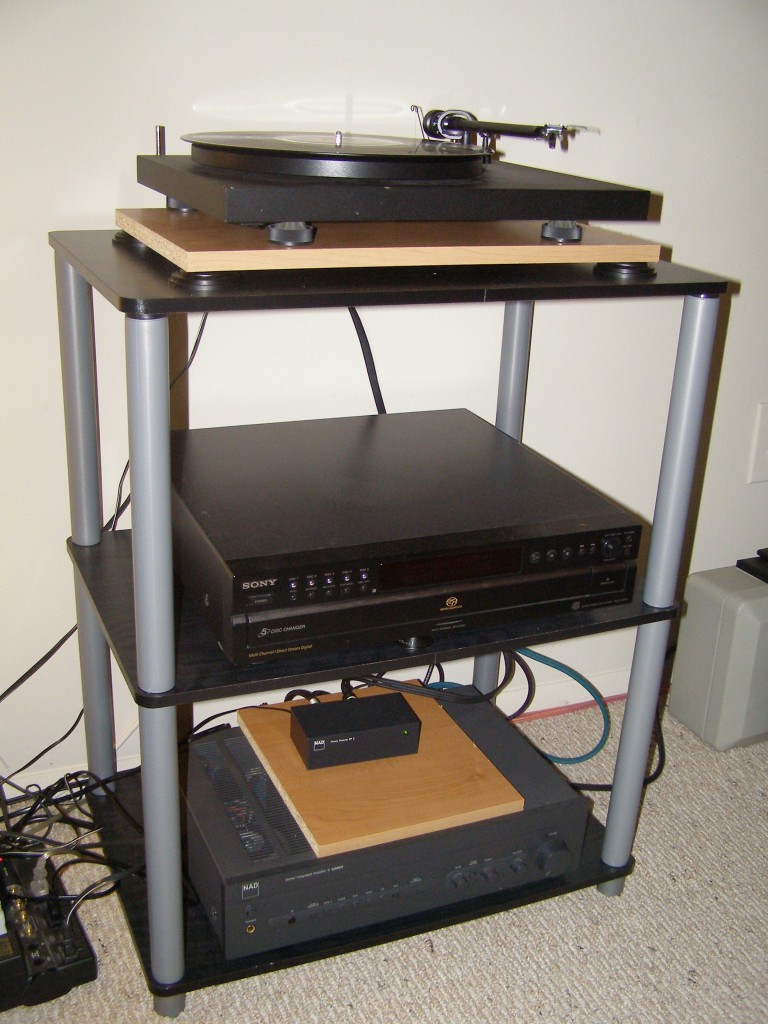 I guess it’s appropriate for my first ever blog post to explain what this thing is all about. I created this site with the idea of promoting hi-fi audio as something anyone can afford and enjoy. Hence the tongue-in-cheek name “hi-fi hipster”, as i’ll cover equipment that one could afford with, say, their trust fund money or Starbucks paychecks (i’m half-kidding here).

Too often hi-fi and the audiophile world is ridiculed as the anal-retentive hobby of aging white males with too much money. People scoff, and with good reason, at turntables that cost more than a Mercedes E-Class, $485 volume knobs, and bags of magic rocks that enhance your system’s sound..somehow. How could these possibly be better, they say? Isn’t an iPod good enough?

Indeed, most of this stuff can be chalked up to placebo effect, conspicuous consumption, confirmation bias, and “the rule of cool” (and these are all topics that i’ll cover in future posts). But in a world where people are mostly content with listening to their music through the medium of 96kbit/s MP3s ripped from overcompressed CDs, good 2-channel stereo sound is a sadly dying art. This is why I decided to make this blog; to prove that enjoyable sound can be had for a reasonable price.

This blog is also a learning journey for myself, as I only got into hi-fi about 5 years ago. My current system is modest and my LP collection remains fairly small. I plan to document any changes to to my equipment I make, as well as reviewing new recordings that I get (as well as old favorites). I think this will present an unique perspective, as I’m not a seasoned audiophile like professional reviewers, who have listened to millions of dollars worth of high end equipment.

And since I haven’t been at this for very long, I make no claims of being an expert. At this point, I could barely tell you what a decibel or signal-to-noise ratio is. But I have learned a few things, and I can give recommendations appropriate for anyone getting into this hobby. If you take exception to anything I post, feel free to leave a comment, so I can learn, and so others may too.